The Nationwide Children’s Hospital Championship’s First Shot to Fight Cancer is the manner by which the tournament customarily begins its professional competition. It is a tradition that helps boost the spirits of all patients being treated for cancer and brings hope to the countless families affected by the disease. It also serves as a reminder of the most important reason the tournament is staged.

The annual shot takes place by a Nationwide Children’s Hospital “Patient Champion” immediately prior to the tournament’s first round starting time. 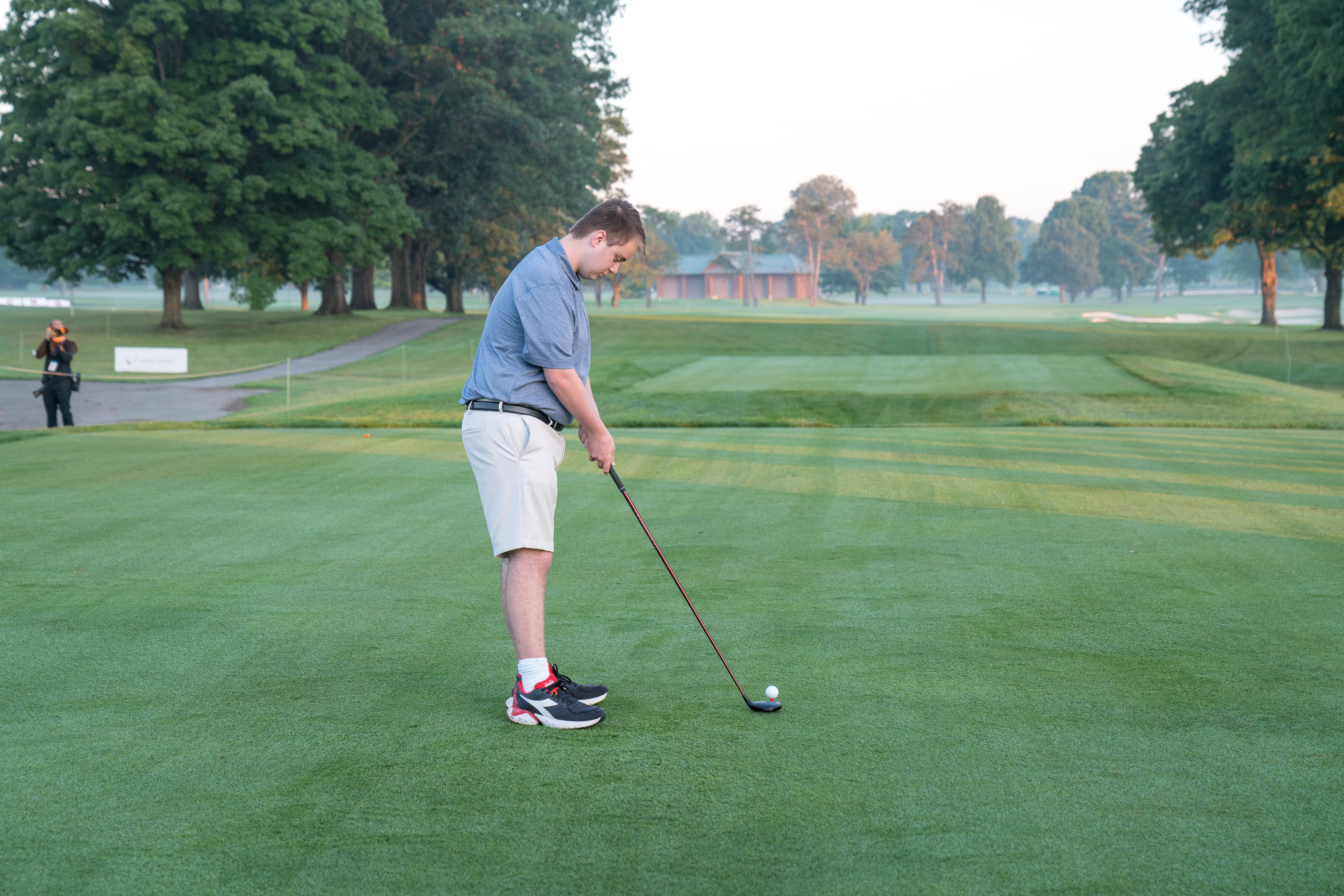 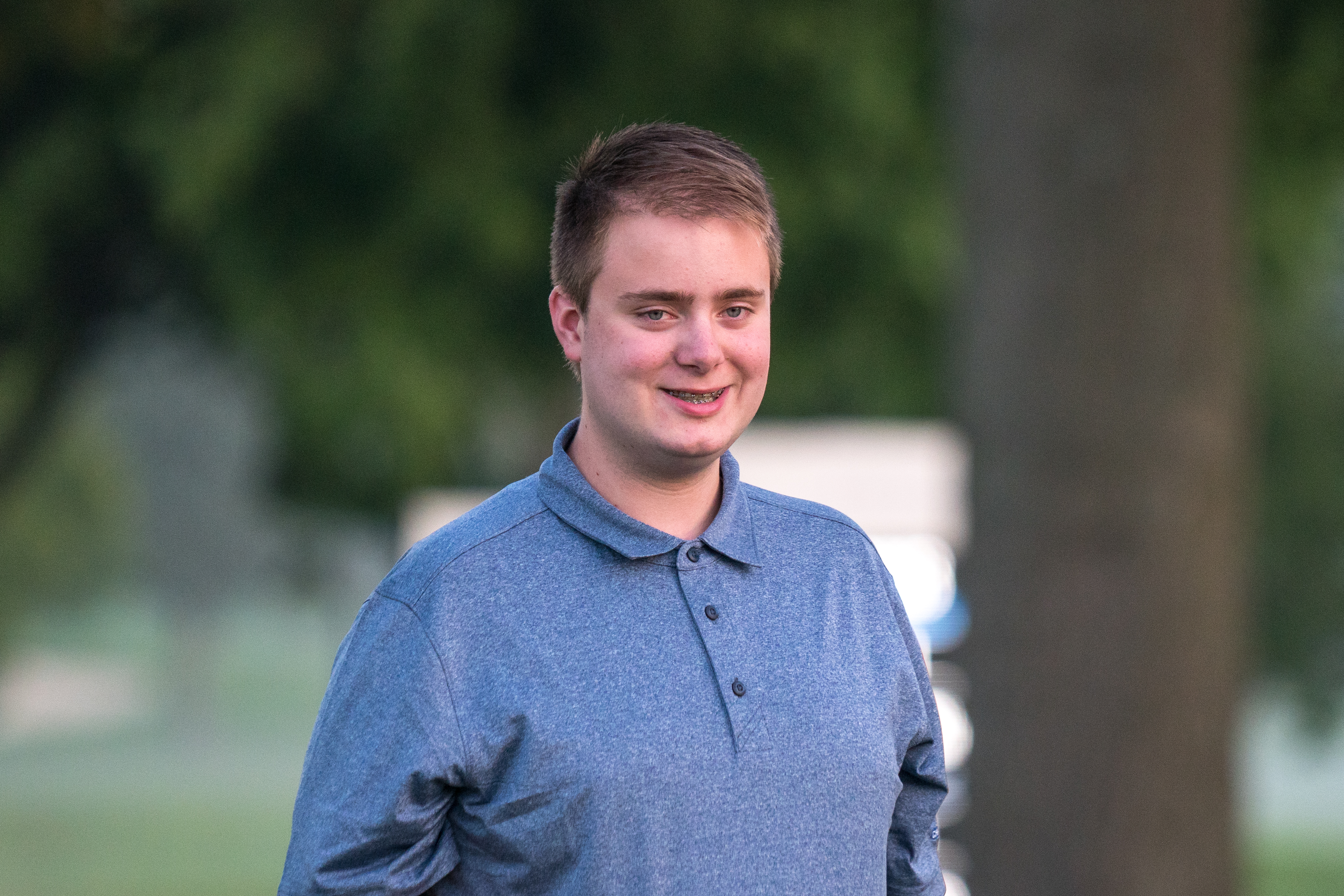 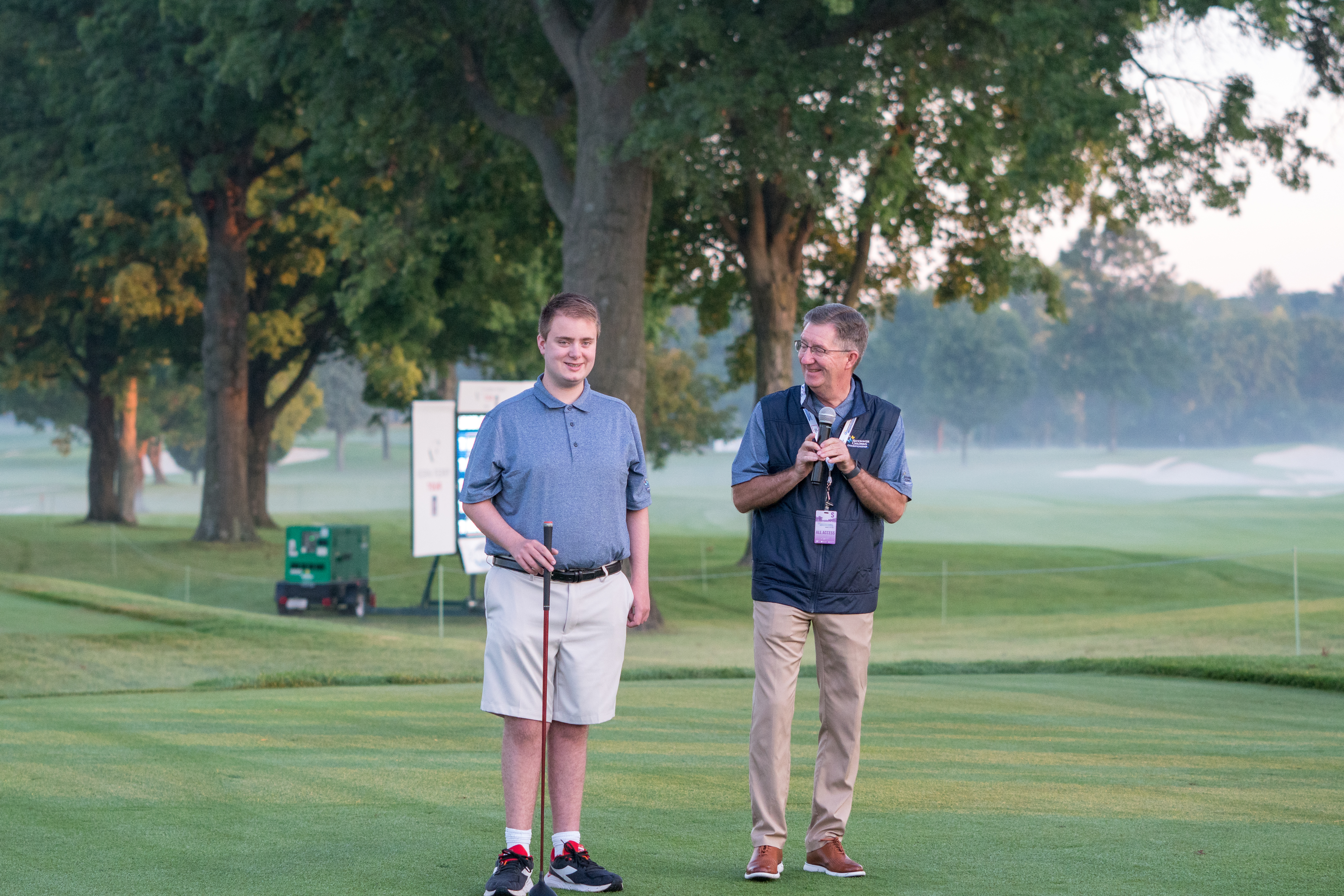 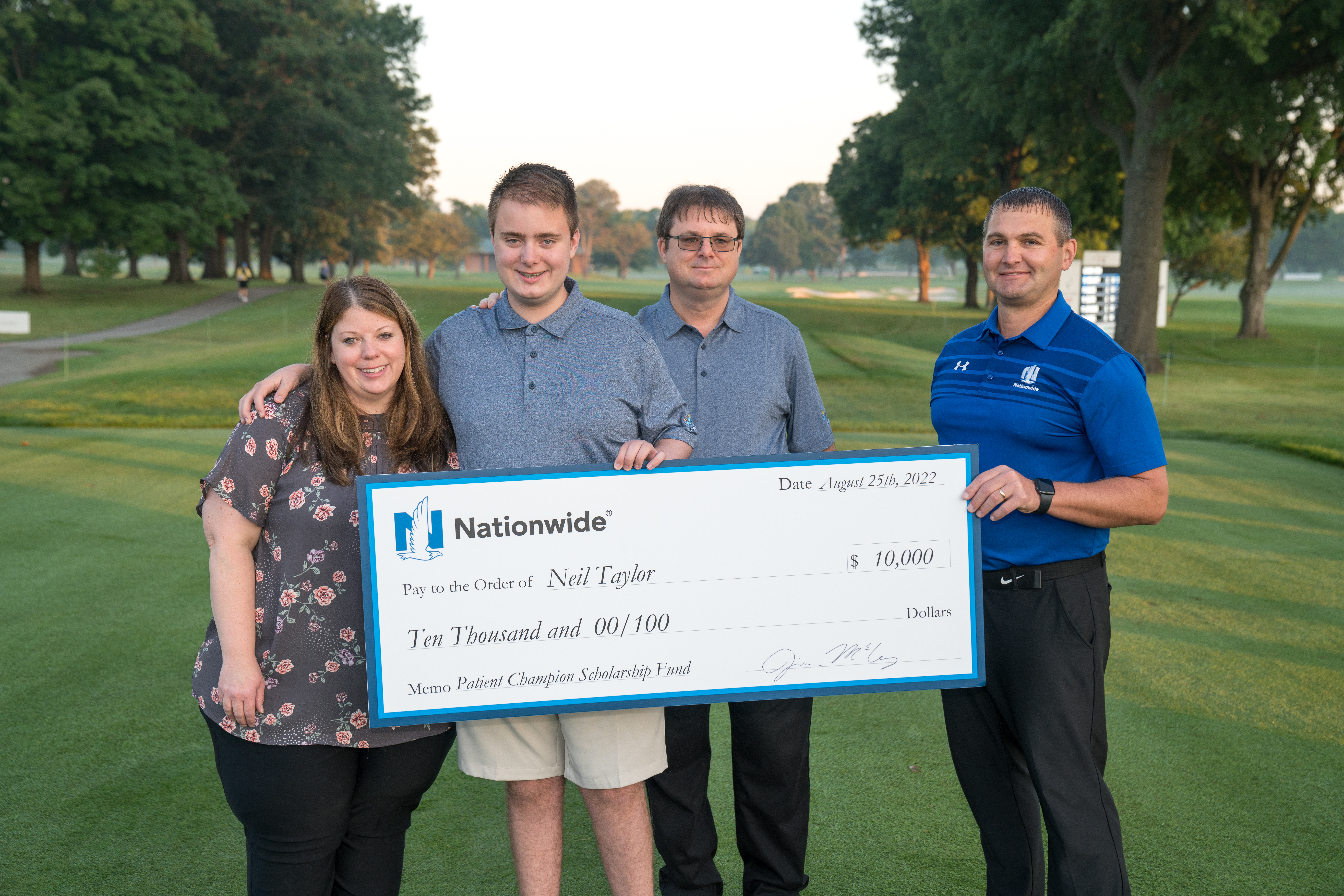 The 2022 First Shot to Fight Cancer was taken by Neil Taylor of Worthington, Ohio. In 2019, Neil was a typical 6th grader—playing basketball and video games and spending time with friends. During his school’s holiday break that year, he became sick with what seemed like a typical virus. He did not feel better after a few weeks, and despite multiple physician office and urgent care visits, he continued to decline. School resumed, but Neil was too sick to attend and after several tests at a nearby emergency room, Neil and his family were sent to Nationwide Children’s Hospital for more testing.

On January 11, 2019, Neil was diagnosed with Mixed Phenotype Acute Leukemia – a rare form of leukemia that is a blend of both AML and ALL leukemia. He was admitted to the 12th floor of the Nationwide Children’s, had a surgical port placed, and began chemotherapy to treat his cancer. Over the next two and a half years, Neil was admitted to the hospital 28 times, visited the Emergency Room 17 times, and had 25 lumbar punctures. He was in the PICU twice for sepsis and septic shock, had rare side effects throughout treatment and lost the ability to walk while undergoing chemo.

Despite all of these challenges, Neil maintained a positive attitude and became an advocate for himself – working hard every day to stay current in school, regain his strength through physical therapy, and focus on getting better. Neil achieved remission early in treatment and was able to end chemo a year earlier than expected, in June 2021, thanks to new research. Neil and his family are so thankful for the incredible work of all of the doctors, nurses, therapists, and everyone at Nationwide Children's who helped them through this difficult journey.

Neil is entering his sophomore year in high school and is a proud member of the Worthington Kilbourne Bands. He also started a legacy program called Neil's Meals through the Feel Better Foundation to help provide food gift cards to families in treatment at Nationwide Children's Hospital. So far, he has helped raise funds and delivered more than $1,400 in gift cards to families on the 11th and 12th (oncology) floors at Nationwide Children’s. His goal is to continue advocating for kids like himself and speak on behalf of other kids battling cancer, raise awareness about pediatric cancer and increase funding for research and treatment.